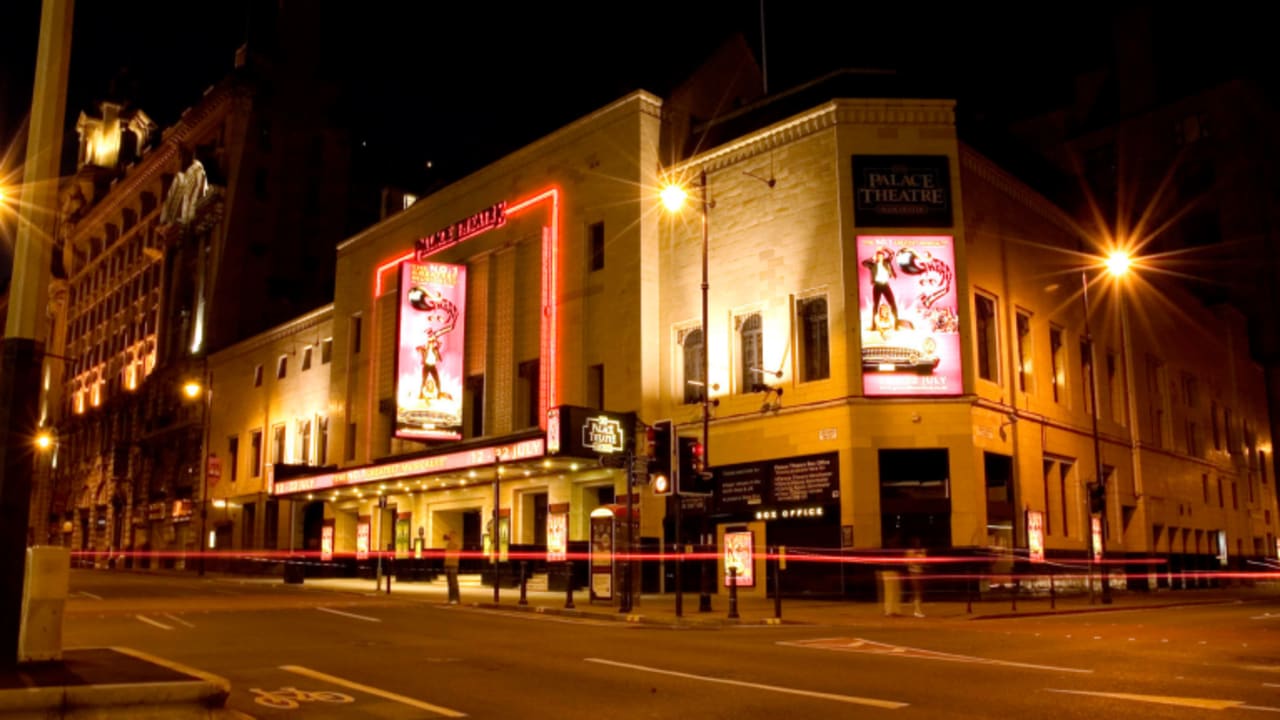 Manchester’s Palace Theatre and Opera House have lots of amazing shows coming up in October.

Performances include old classics such as Hairspray and Dirty Dancing as well as new shows, including Disney’s Bedknobs and Broomsticks.

Many tickets can be picked up at a very affordable price of £13 and the city centre theatres have lots of links to public transport.

What’s on at the Palace Theatre in October?

Featuring 35 hit songs including (I’ve Had) The Time of My Life, this classic production of Dirty Dancing hits the stage in Manchester from Tuesday, September 28th to Saturday, October 2nd.

Showtimes are Tuesday, Wednesday, Thursday at 7.30pm, and Friday and Saturday at 5pm and 8.30pm.

The performance runs for two hours 25 minutes including the interval.

Tickets are available from £15.90 and can be bought via the AGT website.

This event is showing for one night only on Sunday, October 3rd 2021 at 8pm.

For the price of admission, patrons will get the chance to ask Jimmy a question about his career during a special Q&A and also receive a copy of his book.

Heathers The Musical has had two record-breaking London West End seasons and is now on its first national tour.

The show is a black comedy rock musical depicting teen life in the 1980s, based on the 1988 film of the same name.

This highly-acclaimed show opens at the Palace Theatre on Tuesday, October 5th and runs until Saturday, October 9th.

On Tuesday and Wednesday there are just evening shows at 7.30pm, and then a matinee performance is added at 2.30pm on Thursday – Saturday.

Due to the strong language and adult topics, this show has an age guidance of 14+.

The show runs for two hours 30 minutes including the interval.

Tickets can be bought via the AGT website and start at £13.

We love the latest tour production photos! Who will be joining us & Heather, Heather…..and Heather…..

Priscilla Queen Of The Desert The Musical

Based on the Oscar-winning movie, Priscilla includes a sing-a-long soundtrack with songs including Hot Stuff, It’s Raining Men, I Will Survive, Girls Just Wanna Have Fun, and Finally.

This glamourous musical opens on Monday, October 11th and closes on Saturday, October 16th with performances at 7.30pm.

There are two matinee shows on Wednesday and Saturday at 2.30pm.

The show lasts for two hours 30 minutes and has an age guidance of 13+.

Tickets can be bought from £13 via the AGT website.

The family-friendly show has an age guidance of 3+ and performances at 2.30pm and 7.30pm.

Tickets can be purchased from £13 via the AGT website.

This classical music returns to Manchester as part of its tour in the UK and Ireland in 2021.

Featuring classic hits Welcome To The 60s, You Can’t Stop The Beat, and Good Morning Baltimore this musical is a fun-filled, feel-good show.

What’s on at the Opera House in October?

Comedians Chris and Rosie Ramsey are bringing their hit podcast Shagged, Married, Annoyed to the Opera House for one night only.

Their popular podcast has more than 18 million downloads to date.

The show will be on Monday, October 4th at 8pm and has an age guidance of 14+.

The global smash hit opens on Tuesday, October 5th and closes on Saturday, October 9th with performances at 2.30pm and 7.30pm.

Tickets can be bought from £13 via the AGT website.

You better be ready to rock!🤘@rockofagesuk‘s Stacee Jaxx (@keviclifton) is bringing the party to @thismorning today – chatting about our upcoming UK Tour!

AND there’ll be a special live performance from our insanely talented cast! You don’t wanna miss this… 🤩🎶 pic.twitter.com/WzeKbqCY7b

The world’s best love musical will be on until Saturday, October 23rd with performances at 2.30pm and 7.30pm.

The show runs for two hours 30 minutes and tickets are available from £13, which can be bought via the AGT website.

The Cat and the Canary

The Classic Thriller Theatre Company presents their fifth production of the famous thriller, The Cat and the Canary.

There are both matinee and evening performances and it runs for two hours 10 minutes.

World-renowned singer, songwriter and guitarist Richard Thompson comes to Manchester for one night only.

Known best for his work in the folk-rock group Fairport Convention, Rolling Stone named him as one of the ‘Top 20 Guitarists of All Time’.

Richard Thompson, who received an Ivor Novello Award and was awarded an OBE in 2011, comes to the Opera House on Sunday, October 31st at 7pm.

Tickets are £33.90 and can be bought via the AGT website.