This article is written by Sainul Abudheen K, editor, e27

In a region where large groups are unbanked, Web3 provides people access to permissionless financial services with just a smartphone

WITH decentralisation fast becoming the catchword, Web3 is drawing significant attention worldwide. However, the concept is also drawing some criticism from several quarters, including visionary founders like Jack Dorsey, who feel Web3 is too ‘idealistic’ and that its promise of broad ownership is too good to be true.

Nevertheless, by and large, the tech industry is bullish about Web3. Most industry experts and investors, whom e27 spoke to for this feature, agreed that it offers tremendous opportunities.

For the uninitiated, Web3 is the latest version of the internet that focuses on decentralisation and user ownership. Whereas in the current Web2 phase, centralised entities own platforms and apps, in Web3, users will develop, own, and maintain the platforms and apps. But the Dorseys and Musks are not convinced

According to Kenrick Drijkoningen, Web3 is real and will impact almost every industry. He compared the criticism of Web3 to the pessimistic views received by bitcoin in its early days of emergence.

“People have been claiming bitcoin is fad when it was valued just US$1, but it is now among the top 20 global currencies. True, Web3 is still in the early development days, something like the internet in the mid-1990s. But it’s real. The hallmark of disruptive technology is that it’s dismissed by incumbents in the early days, something we are seeing again today. To understand Web3, you have to dive in, understand the technology and use it. This is daunting for many, so they prefer to dismiss it altogether,” said Drijkoningen, general partner of Singapore-based Play Ventures, which recently launched a new US$75-million fund to support metaverse entrepreneurs.

Yat Siu couldn’t agree more. In his view, although Web3 is highly speculative, it is simply the result of its early stage, not a judgment of the value of the opportunity in any way.

“We’ve already been through this sort of fundamental technological change at least twice since the 1990s,” said Siu, co-founder and chairman of Animoca Brands, an active investor in the Web3 sector. The first time was the rise of the web and technology companies that came to dominate our online lives and the entire global economy.

“I remember trying to explain the value of the web to investors in the 1990s. It wasn’t easy. Even well into the 2000s, people had trouble understanding and dismissed tech companies as a temporary fad that they could safely ignore while investing in “fundamentals” like finance or energy instead. And yet, today, technology companies are by far the most successful, valuable, and dominant companies on the planet,” he pointed out.

The second time was the rise of smartphones and specifically mobile gaming in the late 2000s and early 2010s. “We were a gaming company when Apple and Android smartphones began to demonstrate sophisticated gaming capability, and we were quick to adopt and develop products for this new technology. But so many people rejected it as just a fad, saying that mobile gaming would never amount to anything or that serious gamers would never consider playing on mobile devices,” continued Siu. “And yet, today mobile gaming is by far the largest segment of the global games market.”

In both cases, a lack of vision caused naysayers to lose out on billion-dollar opportunities. Investors, aware of how these major technology shifts happen (they start small and have to endure much cynical commentary), however, understand why early adoption is crucial,” he emphasised. 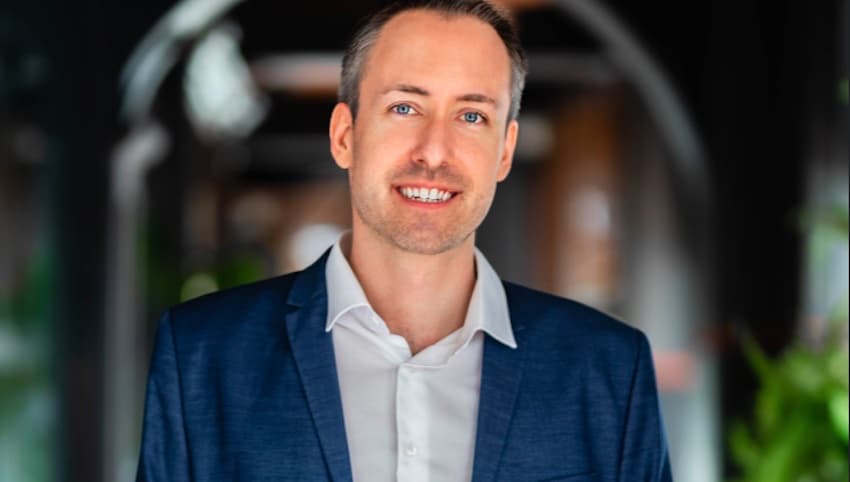 The possibilities of Web3 are endless. From identity verification without private information sharing to holding assets digitally without the need for a custodian, Web3 opens up significant opportunities. For instance, many artists have already started selling their artwork as NFTs. Metaverse, a concrete form of the future network based on the Web3 concept, has also caught the imagination of P2E gaming enthusiasts.

“Web3 provides a blue ocean opportunity for smart entrepreneurs and individuals alike,” said Drijkoningen. “It will be more impactful than the internet itself as, for the first time, we’re able to exchange assets peer to peer without the need for centralised trusted parties. This will impact every industry we know today, starting with finance and gaming.

In his view, Web3 is a particularly fantastic opportunity in Southeast Asia, where large groups are unbanked, and they now have access to permissionless financial services with just a smartphone.

Saison Capital Partner Chris Sirise agreed. “Southeast Asia is one of the best markets for Web3 to take off. Here, consumers and businesses with higher trade financing infrastructure challenges can be more open to fintech innovation. In our region, tokens have made it possible for companies to build solid and authentic communities around their products and brands. It won’t be surprising to increasingly see founders utilising these communities as a resource for growing their companies and brands.”

The implications could mean significant changes in the dynamics built into the tech ecosystem as we know it, Sirise further said. “It will no longer just include founders, VCs and operators but anyone who is involved in one of these communities through token ownership and is active in the community engagement. Founders will have more resources at their hands, and it will be increasingly easier to build a product to solve a problem.”

Manav Gupta, founder of Animoca-backed Brinc, also subscribes to these views. In his opinion, Web3 would be a secular shift in how people come together to create enterprises and solve problems. “Web3 provides new organisational, governance, community building and incentivisation mechanisms, allowing more people to have skin in the game and a seat at the table. We believe these new operating principles will empower the next generation of entrepreneurs, especially in emerging markets, to solve problems that reflect a global citizenry’s priorities rather than those occupying corner offices on Sand Hill Road.”

Other experts also hold a similar view as they believe Web3 gives a chance for the startup ecosystem to take a completely fresh re-look at how to build better for an even better world. “The concept will get more and more attention since the touted principles are appealing and more democratic,” noted Antony, who has been dabbling in Web3 for long years. “The challenge, however, is in seeing how much of it can be converted into solutions with real-world impact,” said Arun Antony, Founder of India-based YE Stack Venture Studio.

He was, however, quick to add that while perfectly distributed ownership might not be easy to achieve, broad basing ownership could be a direction worth pursuing. “It might take a while before the concept gains more momentum, but the focus is going to stay, for sure.”

Why Web3 is drawing attention

Globally, Web3 has attracted substantial capital of late. From Axie Infinity (a play-to-earn gaming unicorn) to Yield Guild Games, tens of startups have raised multi-million dollars in venture capital in Southeast Asia. Animoca Brands, based out of Hong Kong, has been actively backing Web3 startups. Many new Web3 investors like DeFiance Capital have emerged of late.

But why is Web3 attracting eyeballs?

“Web3 is getting widespread attention for a few reasons, some legitimate or benign and some artificial or temporary,” said Eddie Thai, General Partner of Ascend Vietnam Ventures, an investor in Axie Infinity.

These reasons include — but are not limited to:

Thai is how curious to see what will happen when governments increasingly assert their authority, retail consumers discover the downsides of operating in an unregulated space (i.e. fall victim to rug pulls and other manipulations), and when many projects fail. 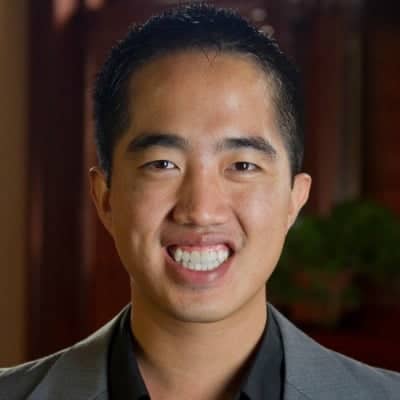 “I suspect we’ll be entering a trough of disillusionment soon (if we haven’t started entering one already). And I am sceptical that Web3 will entirely displace because I don’t think the constructs of Web3 can be applied successfully to every use case. However, I think Web3 is here to stay in the long run. Time will tell,” Thai voiced out.

But not everyone is very bullish

Although most experts rally behind Web3 and are optimistic about its long-term benefits, not everyone is convinced. Elvin Zhang, executive director of Startech Global Ventures (part of Sinarmas Group), is one. In his opinion, Web3 is a fad.

“From a technical perspective, running an entire application of immutable ownership of a certain asset requires moving a massive amount of real physical resources to reach a network-wide consensus that the particular asset has exchanged hands/stayed where it is,” he said. “I’m not talking about proof of work vs proof of stake, but the actual computing power, which requires cold hard energy to power a computer to send electrical signals at the speed of light around read/write machines worldwide.”

“This troublesome underlying infrastructure that powers all digital activity precisely leads to the centralisation of computing/electrical/utility-like infrastructure in the first place. Until we get some fundamental breakthroughs beyond just consensus mechanisms, such as quantum computing and the drastic improvement in edge computing efficiencies, these are genuine problems that hinder Web3 applications from becoming ubiquitous,” shared Zhang. 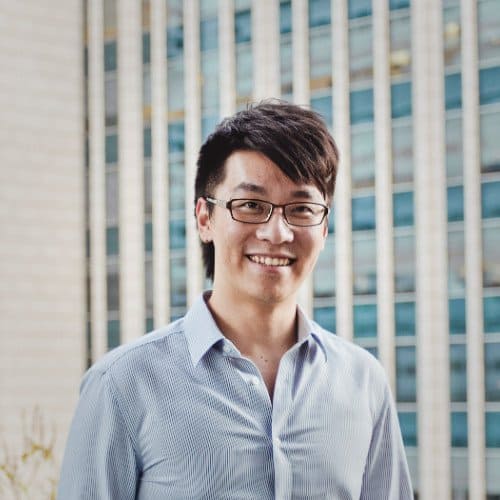 Zhang also feels that while Southeast Asia is growing fast like other developed markets, the region lacks disposable income and has historically stumbled into middle-income traps.

Zhang, however, added that punting of Web3 assets in a ‘casino-like’ way can count Southeast Asia as a hotbed since regulations have always been sporadic in most parts of the region. Additionally, the risk-reward matrix (having lower disposable income = nothing much to lose) might be more alluring to users in this region.

“Like any new tech, there are going to be supporters as well as detractors. Both come from the perspectives people support due to the inherent biases with which each individual operates,” commented Antony YE Stack. “What is key, though, is to see if there is value beyond just false narratives. Crypto is a word used in all contexts and has come to carry some negativity due to multiple dimensions. But to call Web3 something that is created to cover up the negatives of crypto might be taking it to the other extreme and may not be conveying a correct picture.”

* This article first appeared in e27.