As of Sept. 30, Cobas’ $682 million equity portfolio contains 57 stocks, with three new positions and a turnover ratio of 8%. The top three sectors in terms of weight are energy, industrials and consumer cyclical, representing 35.06%, 30.53% and 15.38% of the equity portfolio.

Shares of International Seaways averaged $17.12 during the third quarter; the stock is fairly valued based on Tuesday’s price-to-GF Value ratio of 1.08. 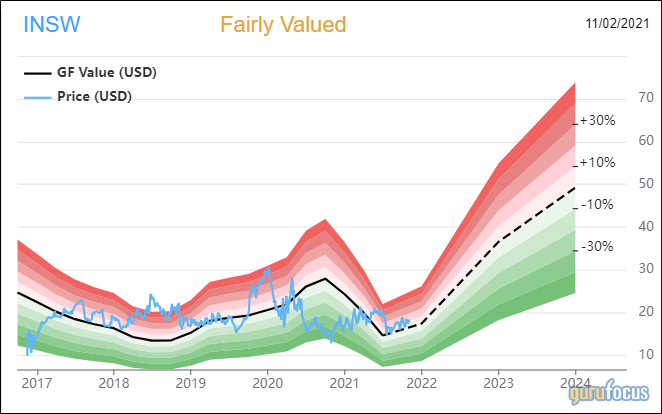 GuruFocus ranks the New York-based marine transportation company’s financial strength 3 out of 10 on several warning signs, which include a low Altman Z-score of 0.72 and a debt-to-equity ratio that outperforms just over 55% of global competitors. 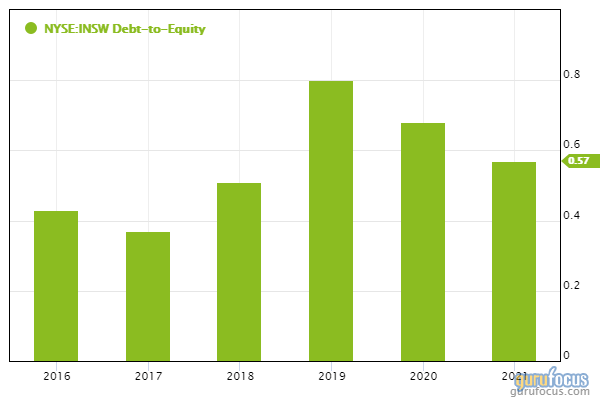 Shares of GasLog traded around $5.45, showing the stock is modestly undervalued based on Tuesday’s price-to-GF Value ratio of 1.17. 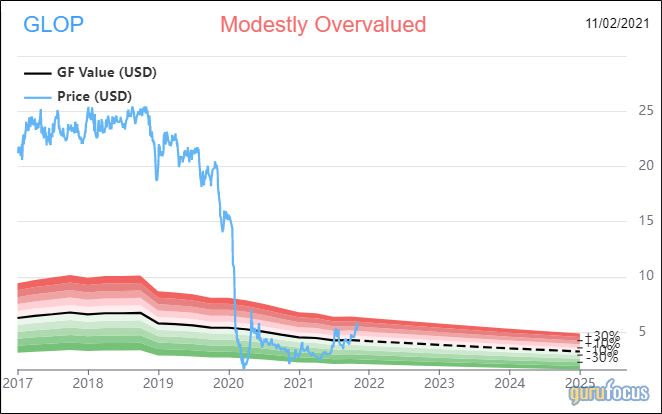 GuruFocus ranks the Greek energy company’s profitability 6 out of 10 on the back of a high Piotroski F-score of 7 and profit margins that outperform more than 85% of global competitors despite three-year revenue and earnings growth rates underperforming more than 60% of global energy companies. 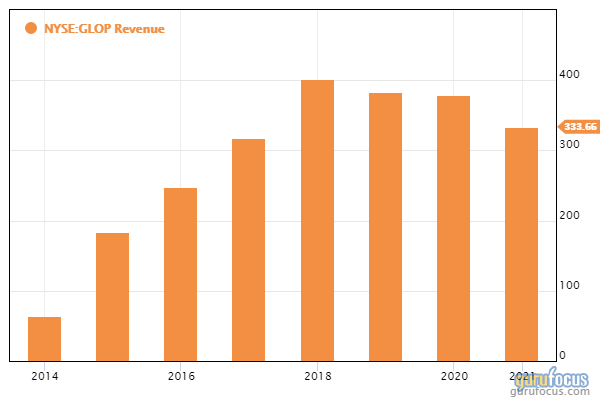 Shares of BW Offshore averaged 28.73 Norwegian kroner ($3.37) during the third quarter; the stock is significantly overvalued based on Tuesday’s price-to-GF Value ratio of 1.65. 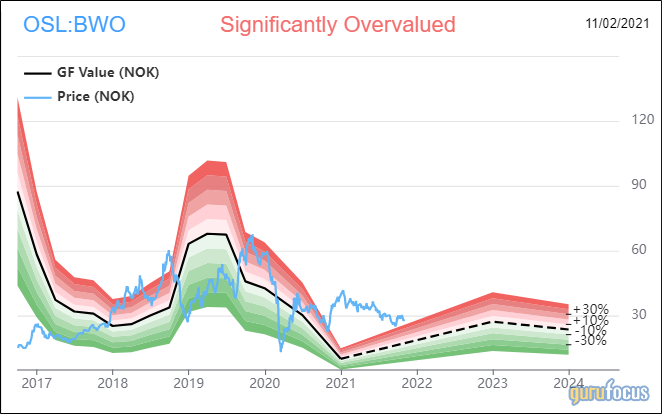 GuruFocus ranks the energy company’s profitability 5 out of 10 on the back of returns languishing around the industry median despite having operating margins outperforming more than 80% of global competitors. 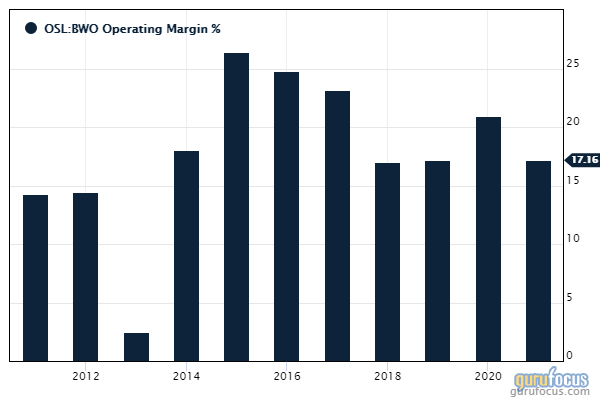 The firm owns 24,305,468 shares of EnQuest (LSE:ENQ, Financial), giving the position 0.99% weight in the equity portfolio. Shares averaged 23 pence (31 cents) during the third quarter; the stock is significantly overvalued based on Tuesday’s price-to-GF Value ratio of 2.25. 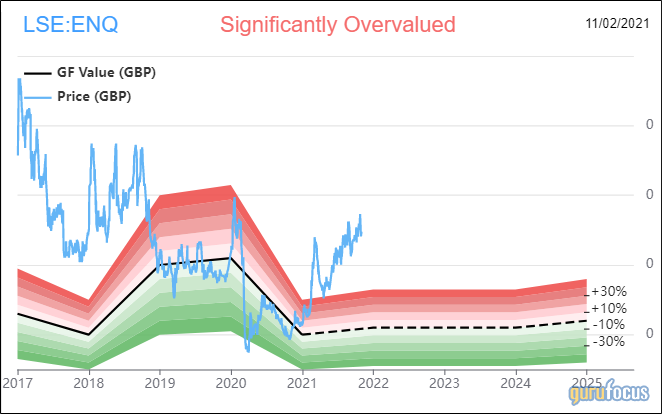 GuruFocus ranks the U.K.-based energy company’s financial strength 1 out of 10 on several warning signs, which include a low Piotroski F-score of 3 and interest coverage and debt ratios that underperform more than 90% of global competitors. 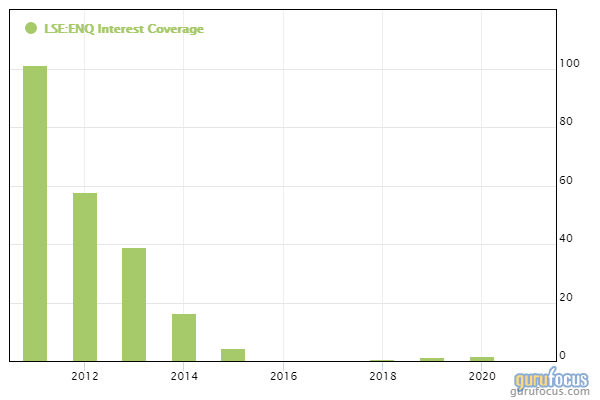 Cobas exited its stake in Porsche (XTER:PAH3, Financial), impacting its portfolio by -1.07%. Shares averaged 88.06 euros ($101.99) during the third quarter; the stock is significantly undervalued based on Tuesday’s price-to-GF Value ratio of 0.48. 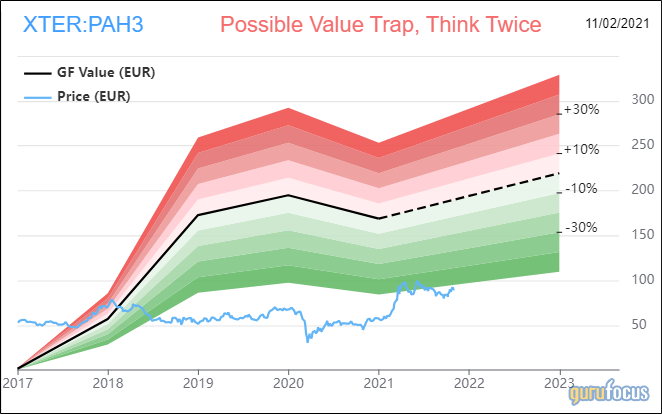 GuruFocus ranks the German automobile maker’s financial strength 7 out of 10 on several positive investing signs, which include a double-digit Altman Z-score and little or no long-term debt. 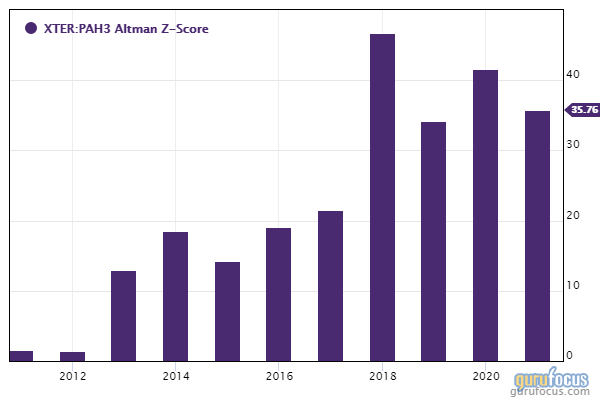