In our research into small-cap performance patterns, we uncovered a connection that we believe is significant. There seems to be a notable historical trend of active small-cap managers outperforming the Russell 2000 Index in periods when value stocks lead, while trailing the small-cap index when growth stocks lead. 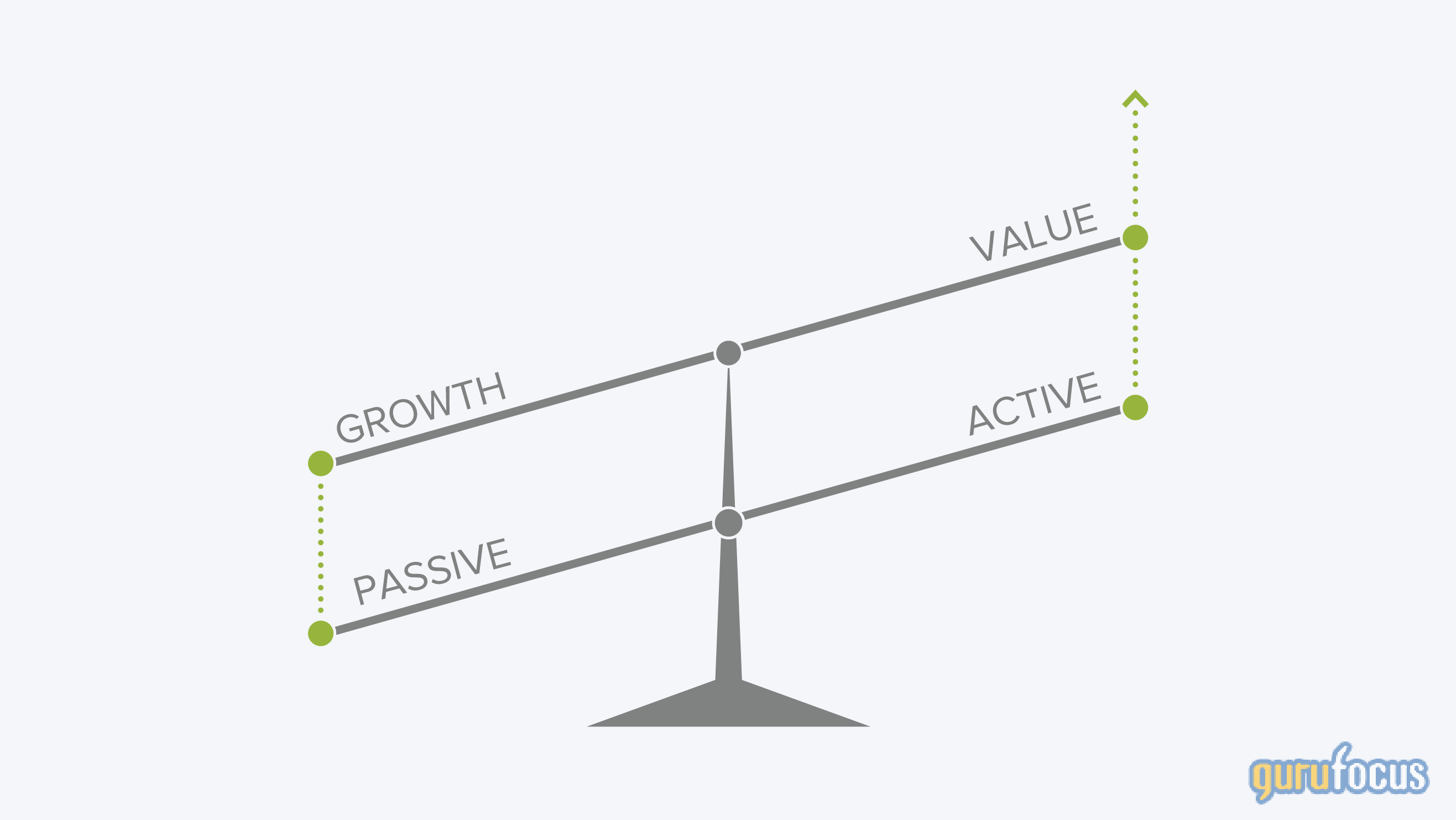 Contrary to some investors’ perception, active small-cap managers actually have a strong relative performance record. Comparing Morningstar’s Small Blend category average (our proxy for active small-cap management) to the Russell 2000 Index over monthly rolling five-year periods reveals that the Small Blend average beat the index 57% of the time. What accounts, then, for the recent poor relative results of the active small cap managers? We recently completed research into small-cap performance patterns that revealed a connection that we believe is significant. There seems to be a notable historical trend of active small-cap managers outperforming the Russell 2000 Index in periods when value stocks lead, while trailing the small-cap index when growth stocks lead. If this pattern holds, it carries a number of important implications for the current market, particularly if we are beginning an extended period of outperformance for value.

The results were striking. Though the Morningstar Small Blend category average beat the Russell 2000 in 57% of all monthly rolling five-year periods, it actually outperformed in 81% of value-led periods, but in only 14% of growth-led periods. And most periods—64%—were value-led, which contributed to greater relative success for active management. 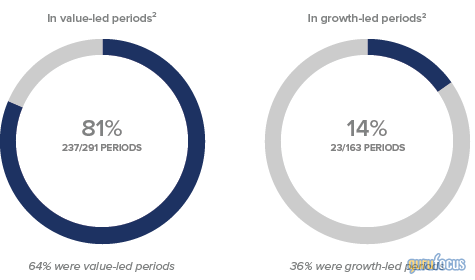 Small Blend outpferormed in 69% of 10-year periods (270/385) with an average of 10.8% vs Russell 2000 average 10.0%
Source: Morningstar
1There were 520 U.S. Fund Small Blend Funds tracked by Morningstar with at least five years of performance history as of 9/30/21.
2 5-Year Monthly Rolling Returns from 12/31/78 through 9/30/21 (454 periods)The performance data and trends outlined in this presentation are presented for illustrative purposes only. Past performance is no guarantee of future results. Historical market trends are not necessarily indicative of future market movements.

These results were so compelling that we challenged them with four questions:

1. Is the Small Blend category an appropriate proxy for active small-cap management?
There are a number of limitations to using the Small Blend average. First, until recently1 it only covered mutual funds, a subset of all active managers; second, Small Value and Small Growth managers are also active managers; and third, while Small Blend funds may be intentional about their style positioning, it may also be a residual of where their managers see current opportunities. We chose to use Small Blend as an active management proxy primarily because it is relatively style neutral and therefore a more appropriate comparison to the Russell 2000. Moreover, we feel confident that most observers would expect Small Value managers to fare better versus the Russell 2000 in value-led periods. This beneficial relationship for Small Blend managers, however, was more unexpected.

3. Has this advantage been due to survivorship bias or funds moving from ‘Value’ to ‘Blend’?No. According to Morningstar, the Small Blend category average is in effect a frozen snapshot. We calculated trailing five-year returns from historical monthly category average return data that reflects all funds in existence that were classified as Small Blend in that month.

1As of month-end November 2016, Morningstar combined ETF’s with open-end mutual funds in the Small Blend Category.

What explains this connection?

We wanted to know why value-led periods are far more conducive to active outperformance than growth-led periods. Our view is that two distinct factors affect this outcome: equal-weighted portfolios vs. cap-weighted indexes and active managers’ training.

First, most actively managed portfolios weight their holdings closer to equal weighted than capitalization weighted. This means that active managers are likely to be challenged when trying to keep pace with their respective indexes in periods with narrow leadership—those dominated by a comparatively smaller number of stocks at the upper range of the index constituents.

From these observations, we would venture that value-led markets are characterized by a larger number of stocks advancing—and that this positive breadth helps create an advantage for active management.

The classic training for portfolio managers and analysts contains a heavy dose of valuation work. Successful active management can be distilled to identifying situations where the intrinsic value of a company is appreciably higher than its current stock price, and this may be a second factor in Small Blend’s advantage in value-led markets. The ability to effectively use various valuation metrics is integral to this practice. As a result, active Small Blend managers will lean towards stocks with valuations selling for less than their intrinsic value and quite often less than their relevant benchmark.

Seen this way, most active Small Blend managers could be described, to some extent, as value managers. Their respective investment disciplines will make them hesitant to own, and certainly reluctant to hold at the top end of their portfolios, stocks whose valuations are meaningfully higher than their index. Yet these are precisely the companies that lead in growth-led markets. These high-valuation stocks are heavily weighted in the indexes, but either not held, or underweighted, by the majority of active managers. 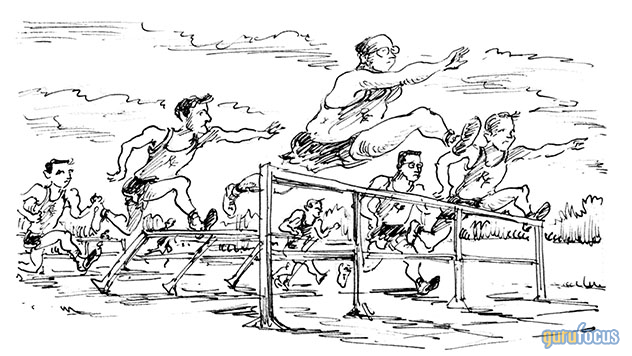 What are the implications for investors?

With the usual caveats about past performance being no guarantee of future performance, there has been a historical trend of active small-cap managers outperforming the Russell 2000 when value had market leadership. So the correlation of growth style outperformance and passive outperformance is particularly relevant to investors if the period of growth’s leadership is ending, even more so after a multi-year period when small-cap passive assets have significantly increased. We believe such a change in leadership may be starting (See ‘Making the Case for Small Value Leadership’ section).

Certain market environments have seen more frequent value outperformance than others. The overall market level of return for small-caps is one factor that has coincided with the frequency of value’s outperformance. When the five-year return on the small-cap index is 5% annualized or lower value has outperformed in only 47% of the periods. However, when 5-year annualized returns have been in the 5-10% range, value has outperformed 68% of the time. We think that’s particularly relevant now because Royce’s expectation for small-cap returns over the next five years is in this 5-10% range.

Past performance is no guarantee of future results.

If subsequent annualized returns fall within this range, we believe that the odds favor small-cap value outperforming small-cap growth over the next five years. Consequently, we also think it is likley that this could be a period of outfperformance for active management.

Our view is that small-cap value stocks will lead small-cap growth stocks over the next several years based on how far recent relative performance and relative valuation has been from historical precedent. We believe that regression to the mean has historically been one of the more powerful and reliable forces with investing. Simply put, when the current behavior of an asset class is an outlier compared with its longer term history, we think that the odds favor a reversal.

The seminal academic research on small-cap value outperformance, Fama-French’s 1992 Journal of Finance paper, noted that small-cap value stocks had outperformed small-cap growth stocks over the 27-year period from 1962-1989. Relative index performance supports this finding. Comparing the Russell 2000 Value and Growth Indexes shows that, on a monthly rolling 10-year basis since the indexes’ inception in 1978, Value beat Growth by an average of 3.14%, and a frequency of 74%. Therefore, it is striking that the most recent experience has been so much of an outlier. As of September 30, 2021, small-cap value lagged small growth by 2.52%. Moreover, June was the 113th month in a row in which small-cap value trailed small-cap growth on a trailing 10-year basis. As the chart below shows, the magnitude and duration of small-cap value’s underperformance is below a two standard deviation event that has never matched over the last 25 years—even during the late 1990’s tech bubble.

As one might expect, this relative underperformance of small-cap value stocks has contributed to an emerging valuation gap as well. When analyzing valuation, we prefer to use the ratio of EV to EBIT (enterprise value to earnings before interest and taxes) as we view this as a better valuation metric than price-to-earnings ratios for understanding a company’s true worth. Based on this EV/ EBIT measure, the common stocks that make up the small-cap value index currently sell at a 76% discount to those that make up the small-cap growth index, compared with a long-term average discount of 16%. By this measure small-cap value stocks sell at attractive relative valuation in our view.

We hasten to add that as active managers we find some areas of small-cap value more attractive than others. Broadly, we see many cyclically sensitive stocks as undervalued and are concerned about the valuations of many interest-rate sensitive stocks, such as REITs and utilities. That said, the history of relative performance and relative valuation both signal to us the potential for a multi-year period of small-cap value outperformance.

Mr. Lipper’s thoughts and opinions concerning the stock market are solely his own and, of course, there can be no assurance with regard to future market movements. No assurance can be given that past performance trends as outlined in this article will continue in the future.