The acquisition doesn’t come as a complete surprise to the markets, since Coca-Cola had already acquired a 15% stake in the brand back in 2018. In fact, in a pre-acquisition filing with the Federal Trade Commission this past February, Coca-Cola said it intended to gain a controlling interest in Bodyarmor.

Despite the acquisition news, as well as an encouraging third-quarter earnings report in which the company surpassed top and bottom-line estimates and once again outperformed the comparable quarter of 2019, the stock fell 0.35% throughout the day’s trading to close at $56.17. 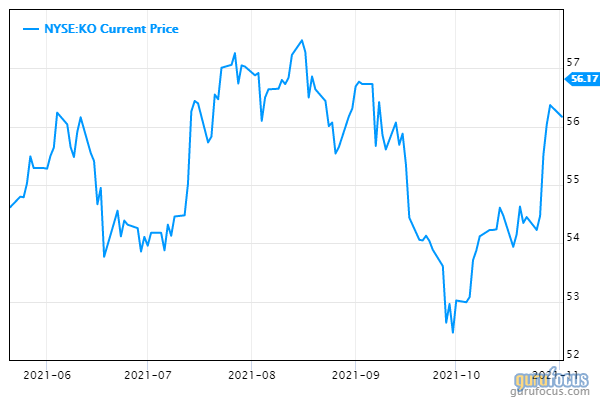 PepsiCo’s (PEP, Financial) Gatorade has the lion’s share of the American sports drink market at 70%, and its dominance in this space has been unquestioned for decades. Touted by sports superstars in marketing campaigns such as “Be Like Mike,” the brand generates $18 billion in annual sales for Pepsi – more than three times Bodyarmor’s acquisition price.

However, Bodyarmor has tapped into a growing trend of increased health awareness among athletes. By appealing to more health-conscious consumers with its all-natural ingredients, the Bodyarmour brand has already surpassed Coca-Cola’s other sports drink brand, Powerade, in terms of market share.

Critics call Bodyarmor’s drinks “watered-down Gatorade,” but not everyone prefers Gatorade’s strong artificial taste. It’s also more flavorful and higher in electrolyte content than many of the other natural sports drinks on the market, which has helped it grow as a Gatorade alternative.

On the downside, even though Bodyarmor’s drinks have more natural ingredients and are lower in calories than Gatorade, they still contain cane sugar, which some consider just as unhealthy as the dextrose in Gatorade and the high-fructose corn syrup in Powerade (though let’s be real, whether it’s dextrose, fructose or sucrose, it’s all sugar). Those who want to avoid sugar will still shun both brands, pushing Bodyarmor into more direct competition with Gatorade.

The Bodyarmor acquisition marks the latest step in Coca-Cola’s relatively new “Beverages for Life” strategy, which it announced in August of 2020. This strategy puts emphasis on tailoring its portfolio of drinks to capture high levels of growth in a changing market.

To this end, the company has been discontinuing many of its underperforming brands in order to focus on the names that are showing the best growth. Brands that have hit the chopping block include Tab, Zico and Odwalla, while Smart Water and Powerade could also be dropped. In July last year, CEO James Quincey stated that half of Coca-Cola’s portfolio generated only 2% of revenue, and the company believes that continuing to invest in such small brands is not worthwhile.

Its acquisition of Bodyarmor seems to represent that the company sees high growth potential for the brand, since its strategy shift puts an emphasis on high-growth names. However, only time will tell if Coca-Cola’s new strategy will be successful, or if the Bodyarmor brand will continue to grow from its 13% share of the sports drink market. 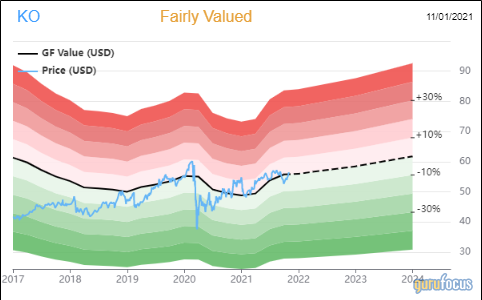 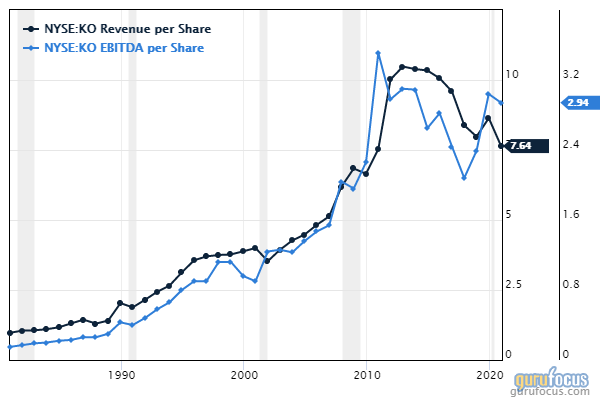